WEST has extensive consulting experience in environmental review and regulation compliance, including work under the National Environmental Policy Act (NEPA). We offer professional leadership through all phases of NEPA compliance, including project development, alternatives screening, preparation of the environmental analysis and documentation, interagency coordination, public scoping and outreach, and concluding with publication of the findings and decision. We work with agencies to streamline the NEPA process and produce concise, focused, legally-defensible documents. The WEST team closely follows any changes in NEPA regulations and subsequent agency procedures to ensure our clients review the support needed to navigate a successful NEPA process. 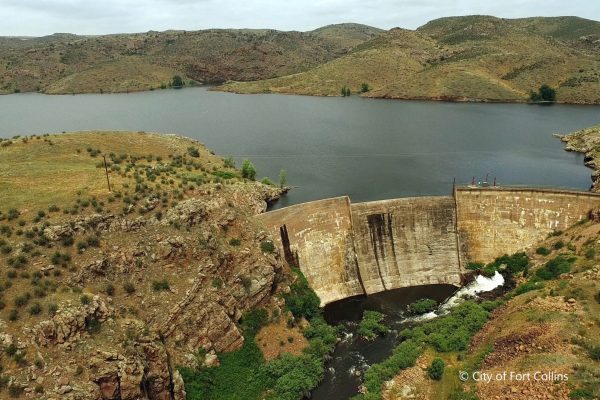 Environmental Assessment for the Rehabilitation of Cabrestro Dam
Ready to connect with us? Let's work together.
Connect with our experts
International Corporate Headquarters

WEST is the lead contractor for an interdisciplinary team of seven subcontractors preparing an Environmental Impact Statement (EIS) for the Halligan Water Supply Project. The City of Fort Collins, Colorado, is seeking a Clean Water Act Section 404(b)(1) permit from USACE for enlarging an existing reservoir on the North Fork of the Cache La Poudre River. As lead contractor, WEST supervises and participates in all phases of the EIS process, including crafting and validating the purpose and need statement, facilitating and conducting scoping efforts, engaging in the alternatives screening process, reviewing the impact analysis protocols and associated technical reports, producing the EIS document, and conducting applicant status meetings, team coordination meetings, and budget review. As resource specialists, WEST is responsible for conducting the Biological Evaluation for the comparative effects analysis for alternatives.

This project involves a controversial resource, water on the Front Range of Colorado. The NEPA process has been complex as two other reservoir projects are proposed within the Poudre River Basin. The presence of the two other projects require all the project applicants to have a high level of agreement on a number of topics, including the current and future water use, water supply in the Poudre River Basin, and coordination on analysis protocols.

The Draft EIS and all associated Technical Reports were provided to the public in November of 2019. USACE anticipates releasing the Final EIS in the early spring of 2021.

Environmental Assessment for the Rehabilitation of Cabrestro Dam

The Cabresto Dam (Dam) was originally built in 1922 and is jointly owned by two irrigation associations. It is located on the Carson National Forest in northern New Mexico. In 2005, seepage was detected through the base of the Dam after warm temperatures and rapid snow melt in the surrounding mountains caused a swift rise of water in the Cabresto Reservoir, quickly reaching the spillway. The New Mexico Office of the State Engineer, Dam Safety Bureau, placed water storage limits on the Dam, which prevented the irrigation associations from using Cabresto Reservoir to store water for late-season irrigation. The owners of the Dam wanted to rehabilitate the Dam and restore their full storage rights. The state of New Mexico wanted to minimize risk to public safety related to seepage, inadequate spillway capacity, and other structural concerns. The US Forest Service wanted to protect downstream natural resources and public and private property.