Whether the need is for a protocol-level compliance survey, an Incidental Take Permit, or a complex study of population demographics, WEST biologists and biometricians apply extensive scientific and consulting expertise and experience to assist in the resolution of threatened and endangered species issues. 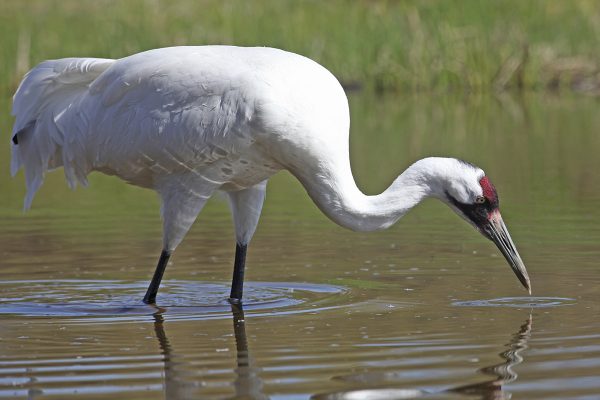 Whooping Crane Monitoring at Wind Energy Facilities
Ready to connect with us? Let's work together.
Connect with our experts
International Corporate Headquarters

The whooping crane, listed as federally endangered in 1967, is one of North America’s most iconic and imperiled species. At five feet tall and with a wingspan of seven and a half feet, this snowy-white crane was almost driven to extinction from a combination of hunting and habitat loss in the 1940s. Since then, the species is slowly recovering, but faces new challenges.  Biologists have raised concerns that whooping cranes may be injured or killed by collision with wind turbines as they migrate between northern Alberta, Canada, and coastal Texas each year. With some of the best onshore wind resources in the US, whooping cranes have faced an increasing number of wind farms in this migratory path through the Great Plains.

To determine the extent of this risk and the efficacy of curtailing turbine movement during migration, WEST monitored cranes near each of five wind projects in the Dakotas over three years from 2009 to 2013. Intensive monitoring during this time resulted in observations of 45 migrating whooping cranes with no dead or injured cranes detected. Based on these results and other monitoring results throughout the migratory corridor, no whooping crane fatalities have been documented at wind farms. Therefore, while cranes may use areas near wind farms, they do not appear to be particularly susceptible to collision with turbines.